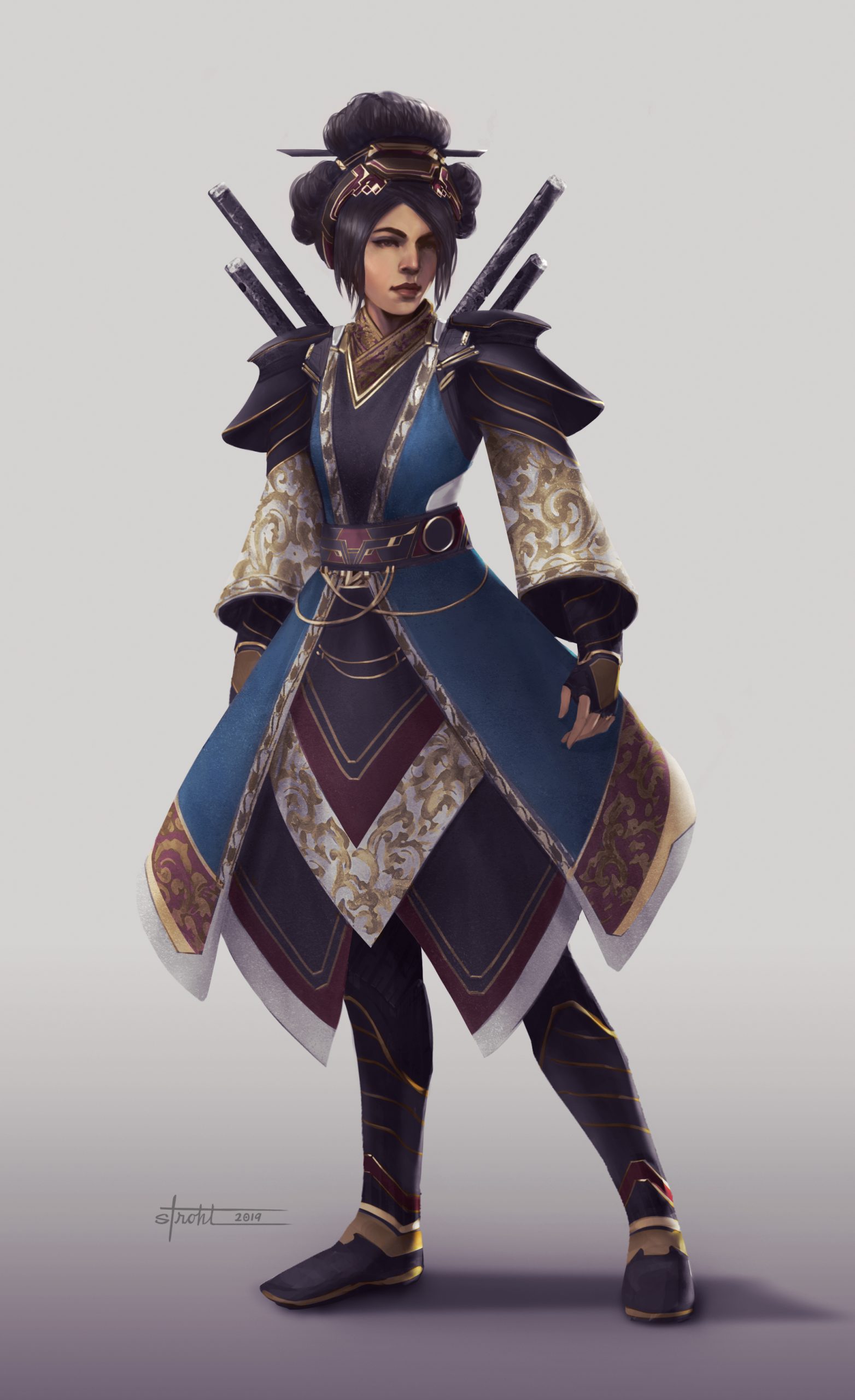 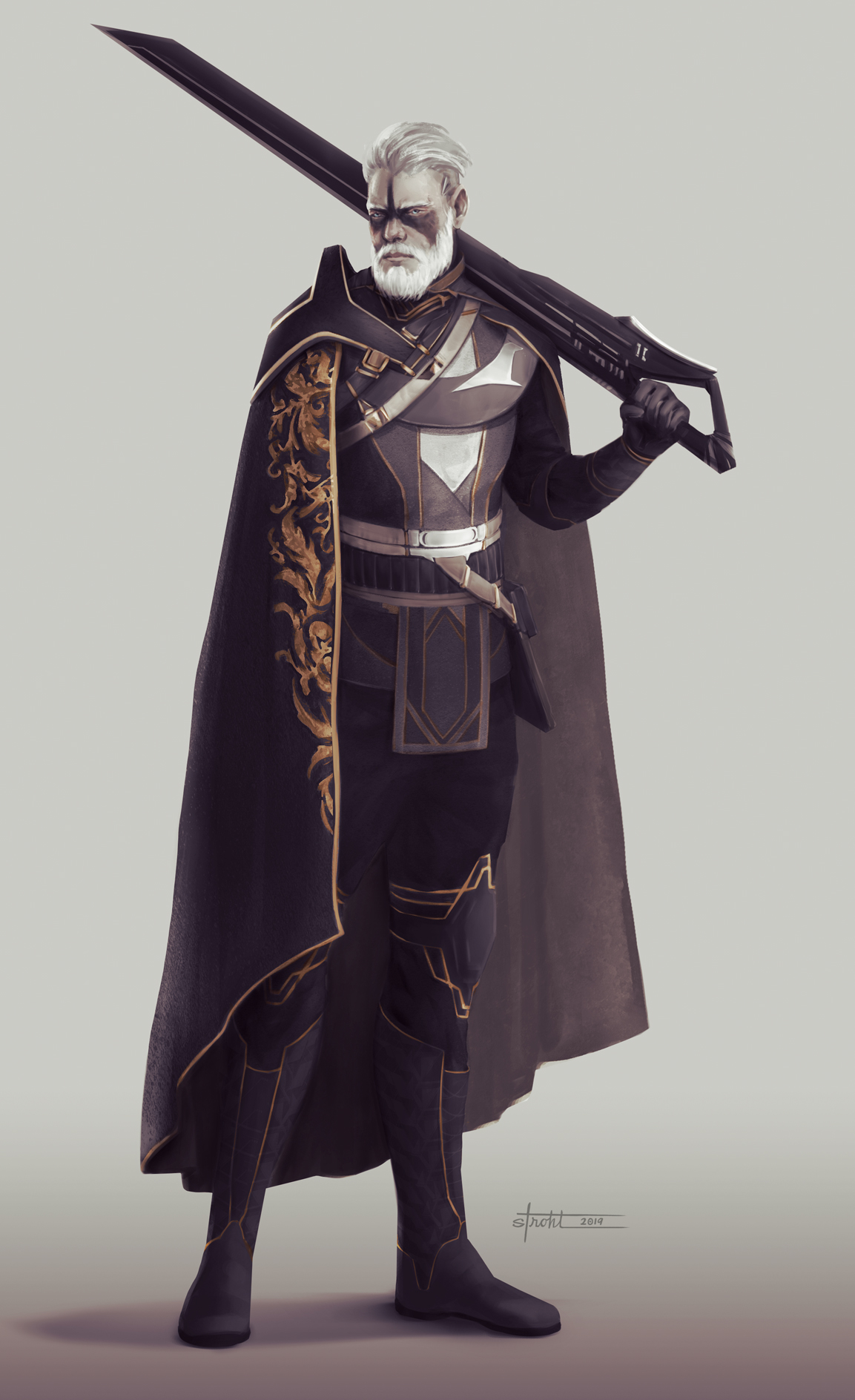 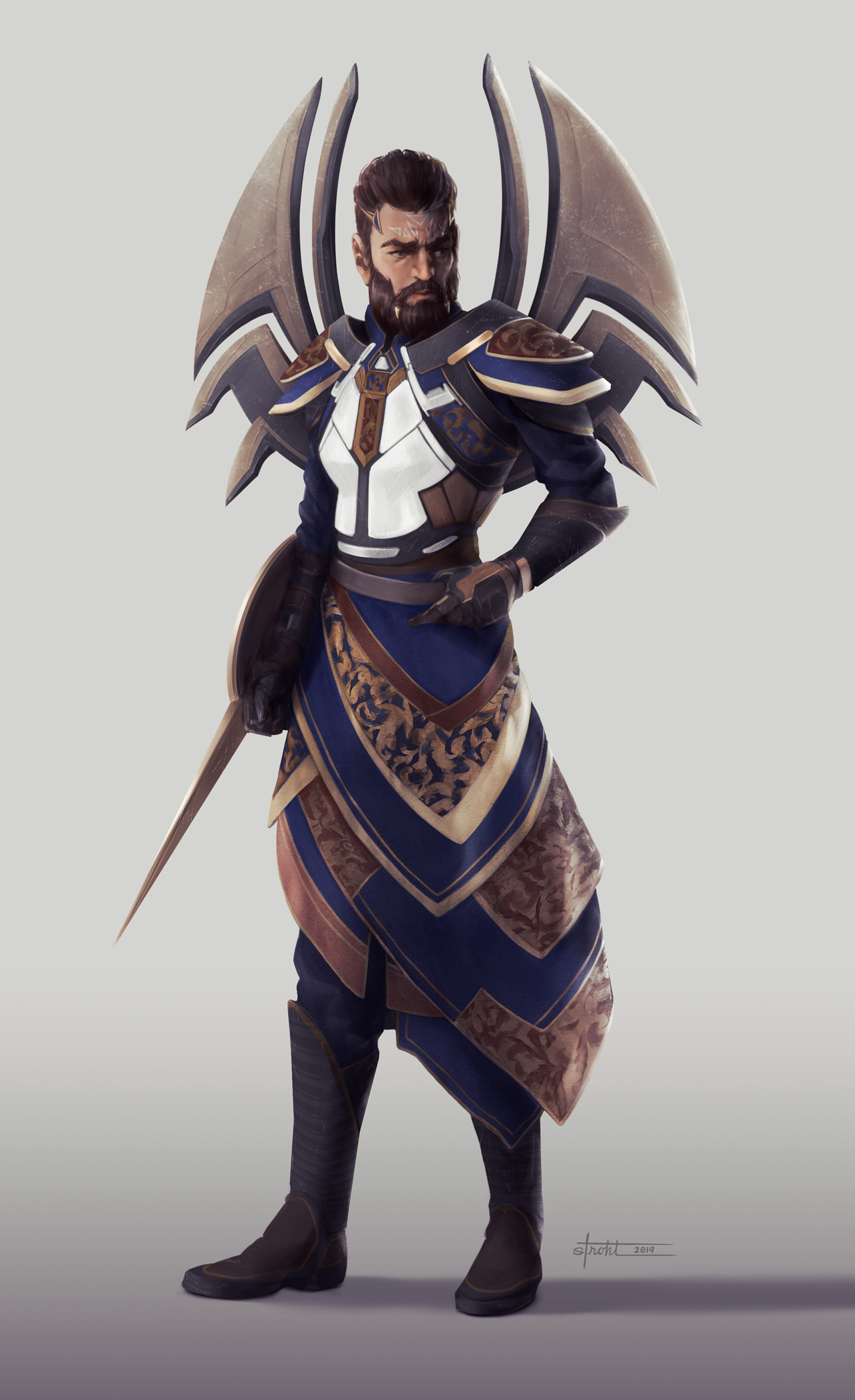 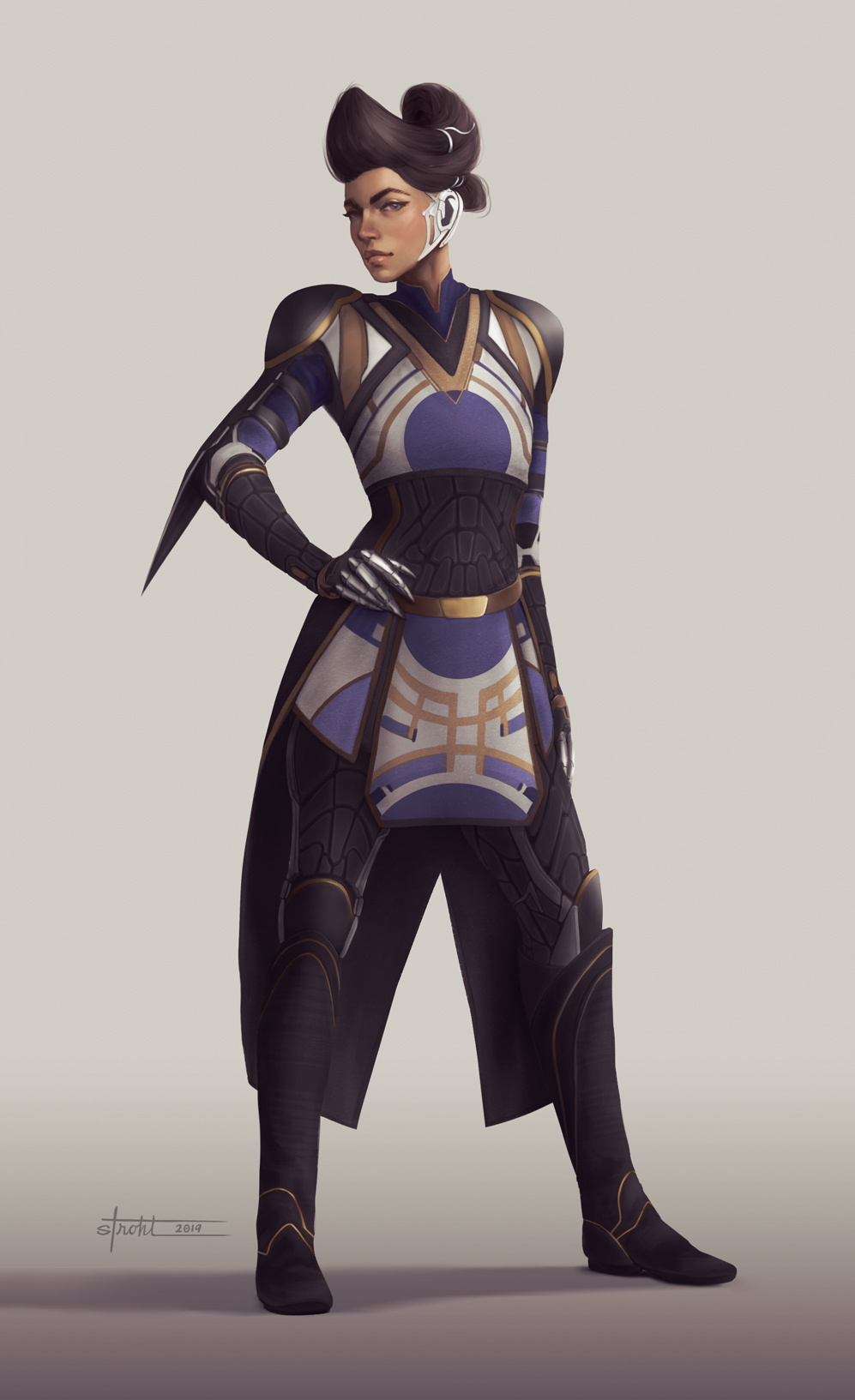 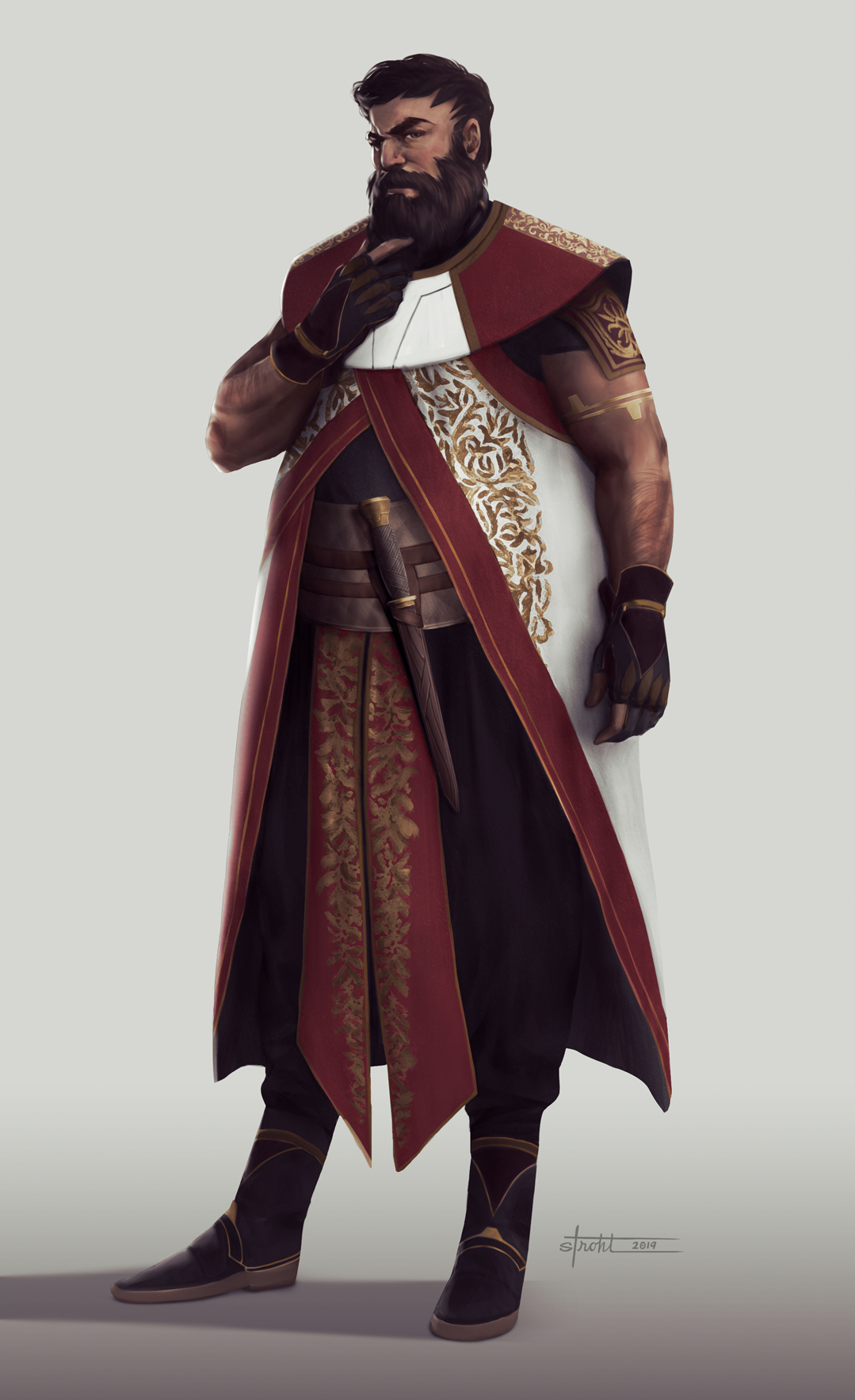 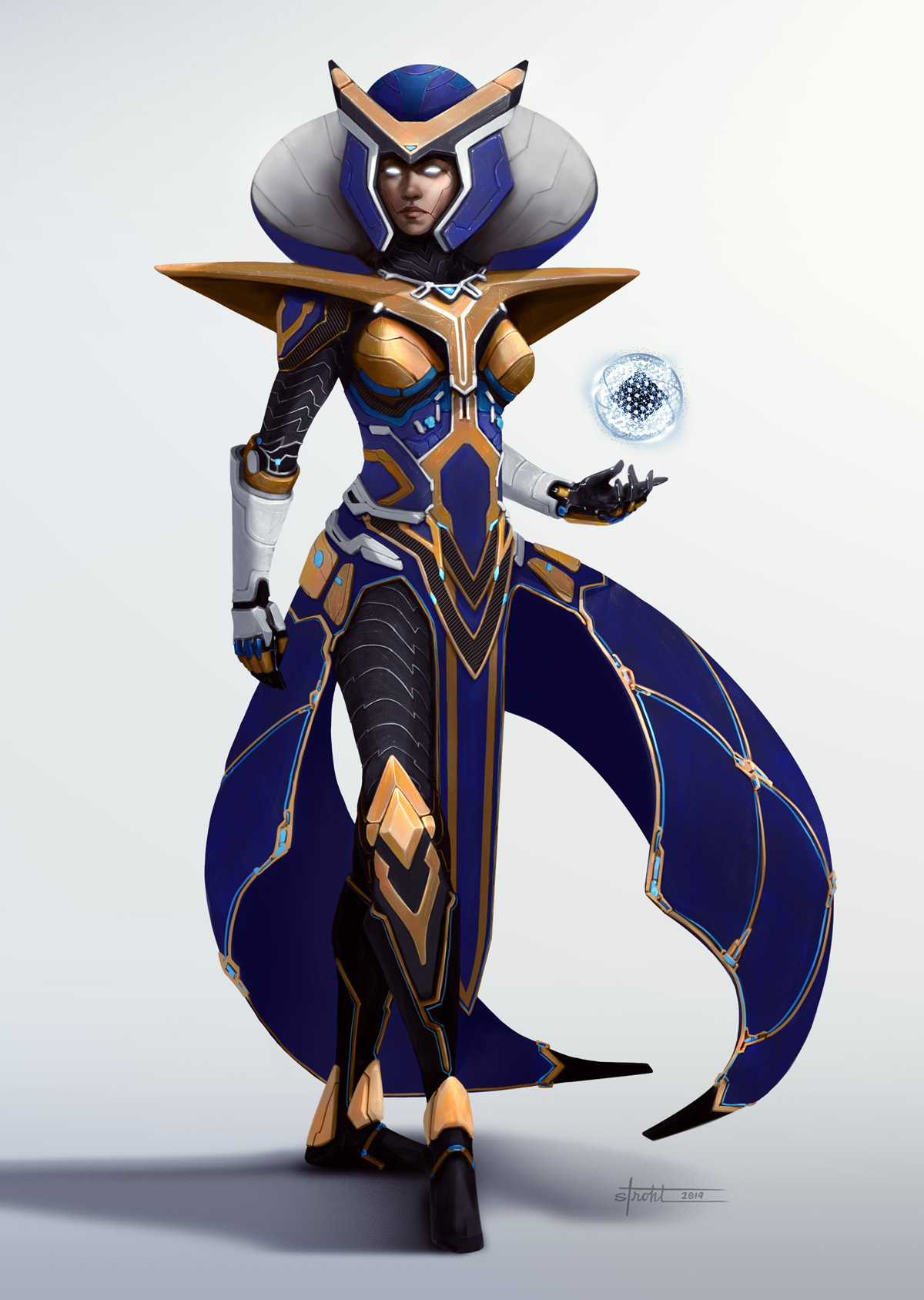 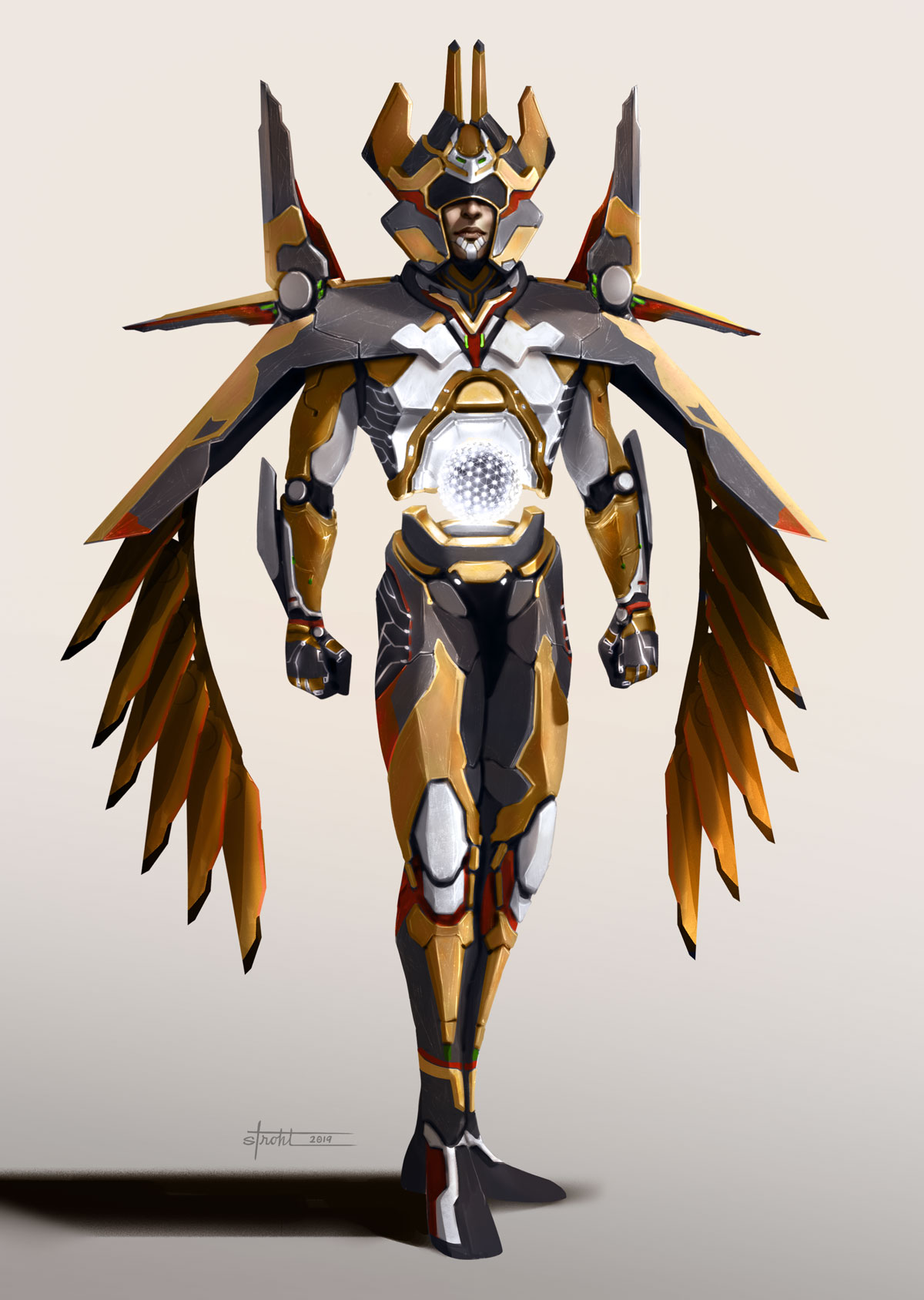 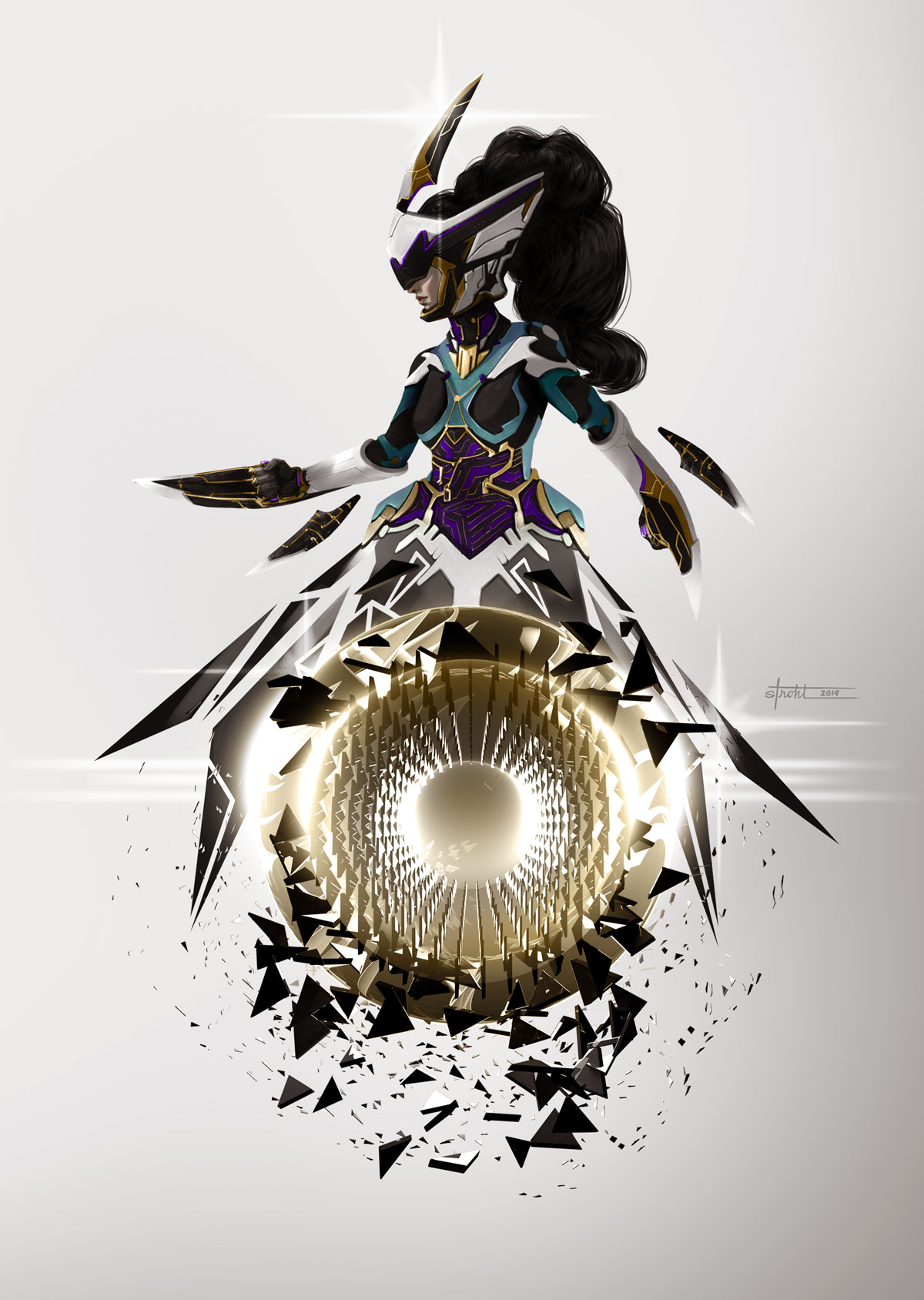 Process
Below is a brief overview of my process. I start with a basic idea of the world the characters would exist in and develop an aesthetic from there.

For this set of characters, they live in a sci-fi/fantasy world, where various factions compete in combat to settle disputes instead of going to war, although there are always those who disagree with this practice, preferring the old ways.

First, I start with simple thumbnails, focusing on shapes and silhouette, ultimately choosing the five shown below as my starting point. The basis for these designs are referenced from a variety of sources, including eastern style fashions and ancient Mesopotamia, evoking a sense of high class standard amongst the warriors within this world.

Next, I create iterations of each character, focusing on design and pushing the shapes and silhouettes further.

Finally, I revise my design for each character, pulling the best aspects from each character iteration. The designs and ideas are clarified further in this stage before moving to a final pass, and afterwards colored. 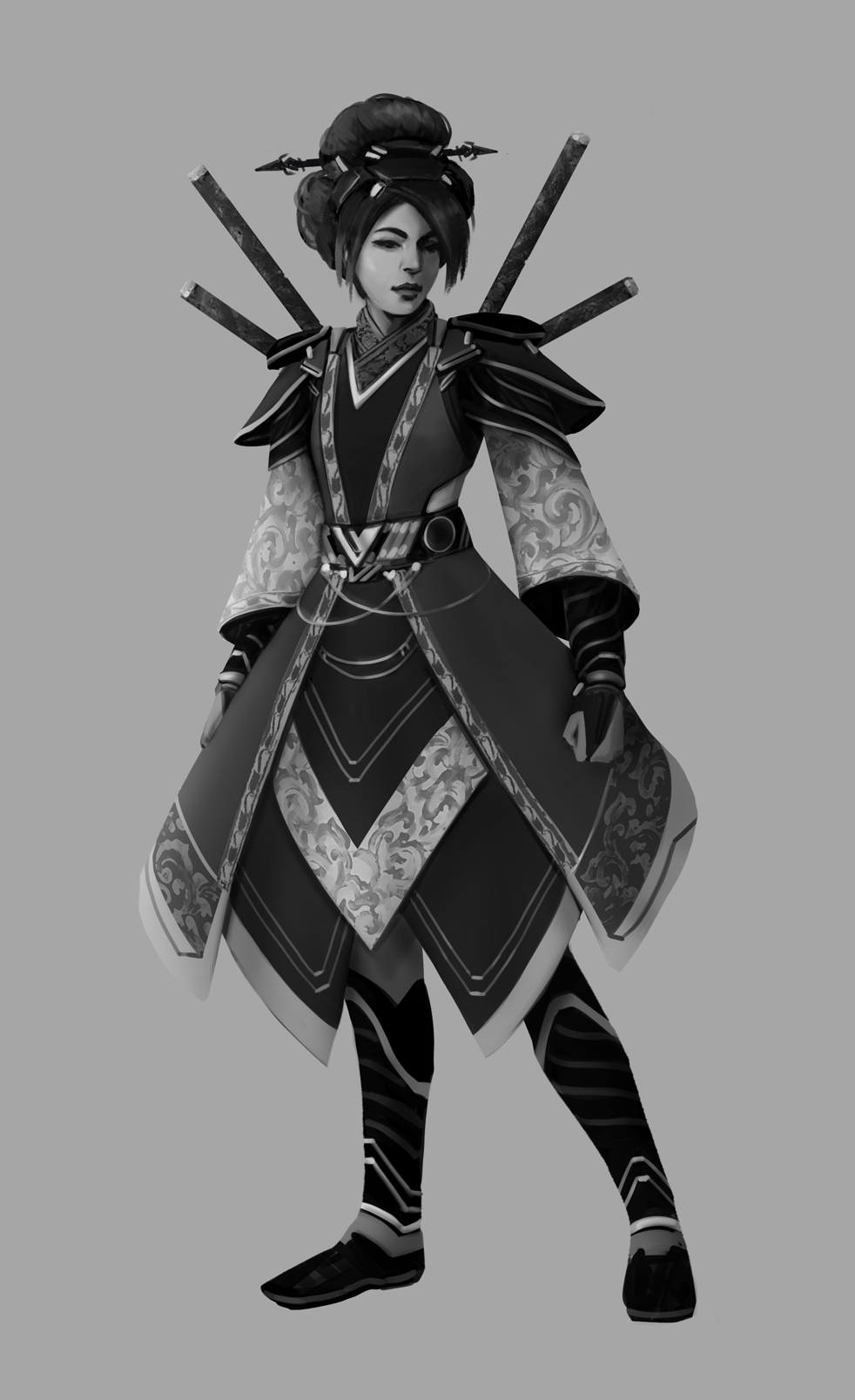 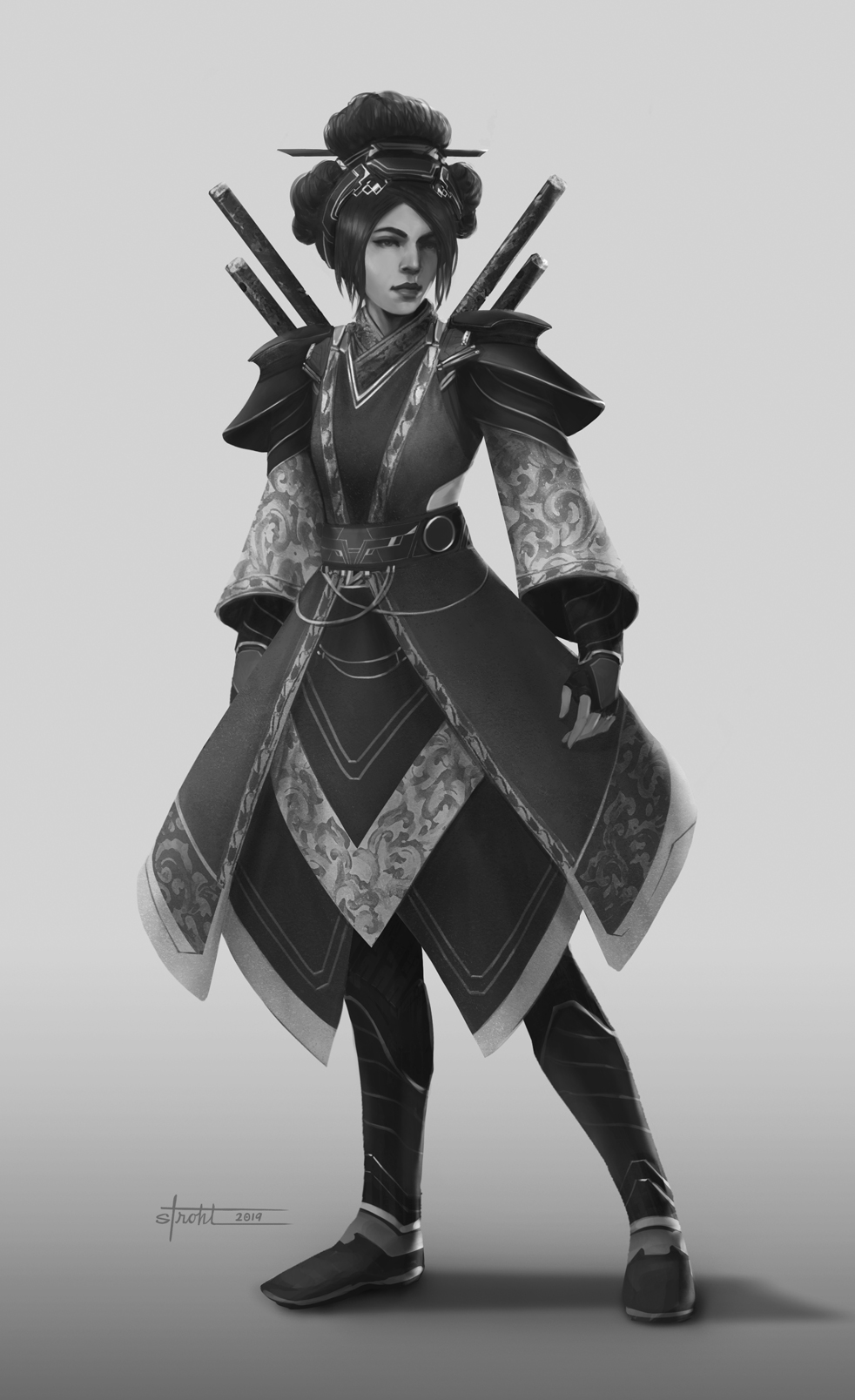 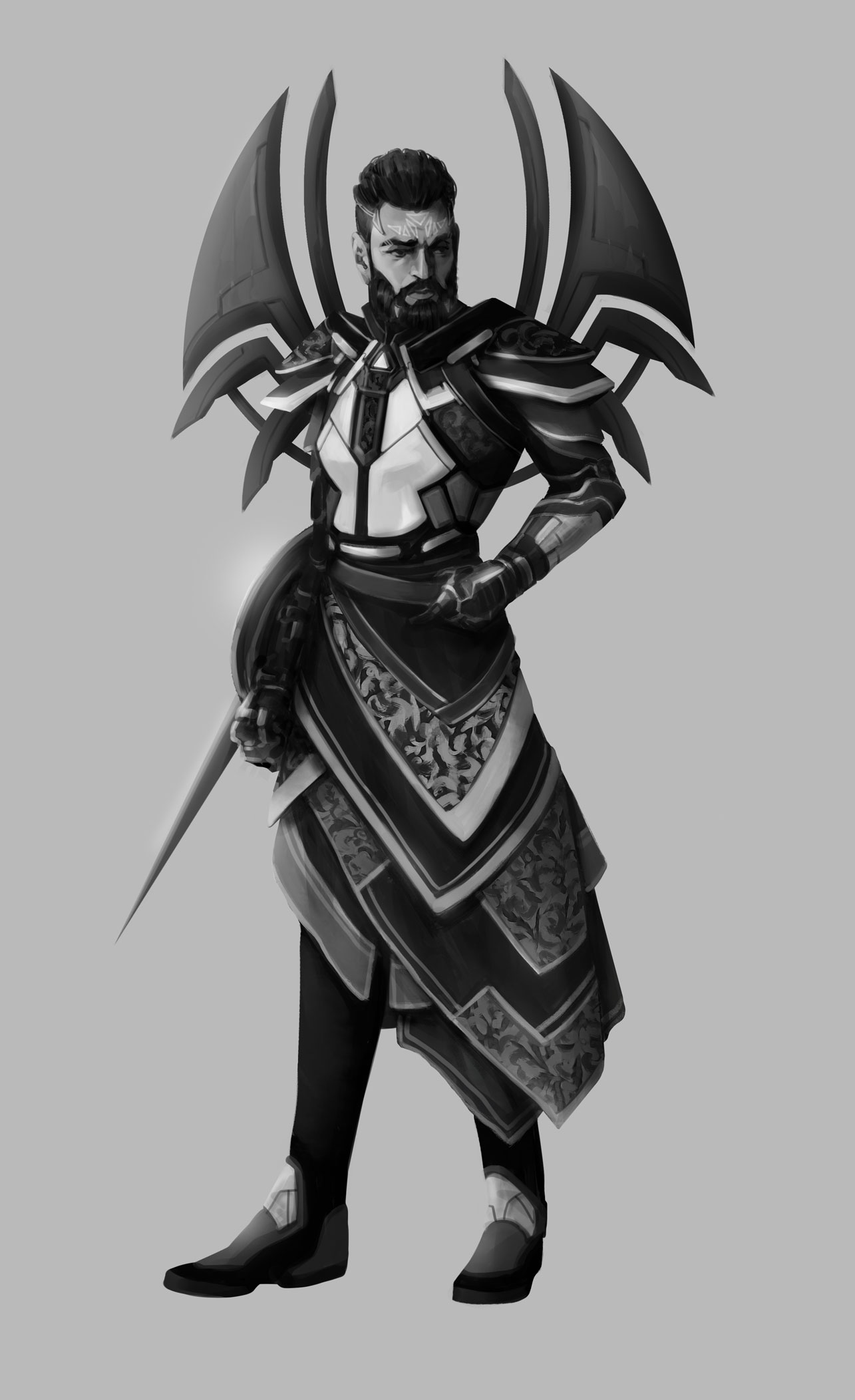 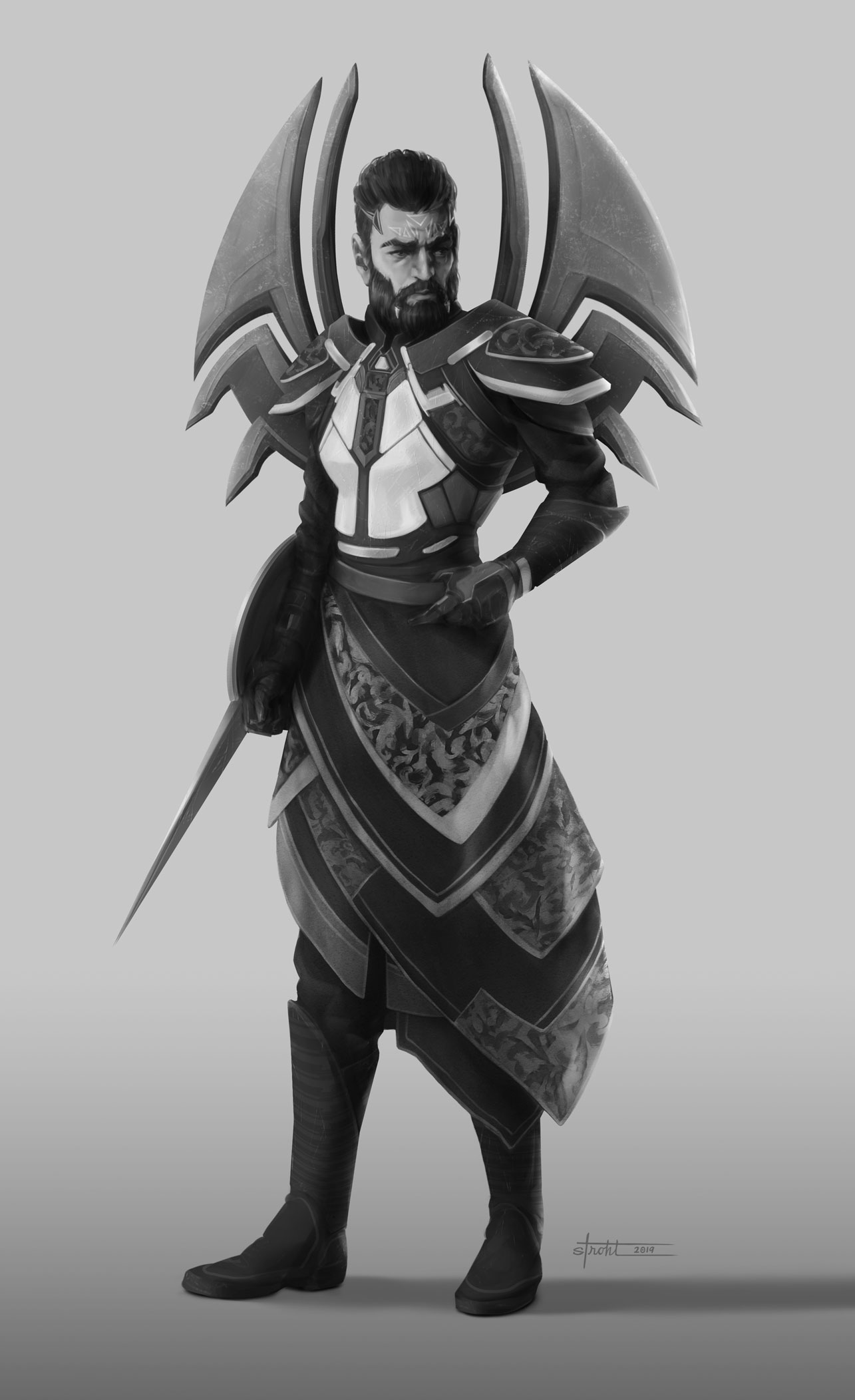 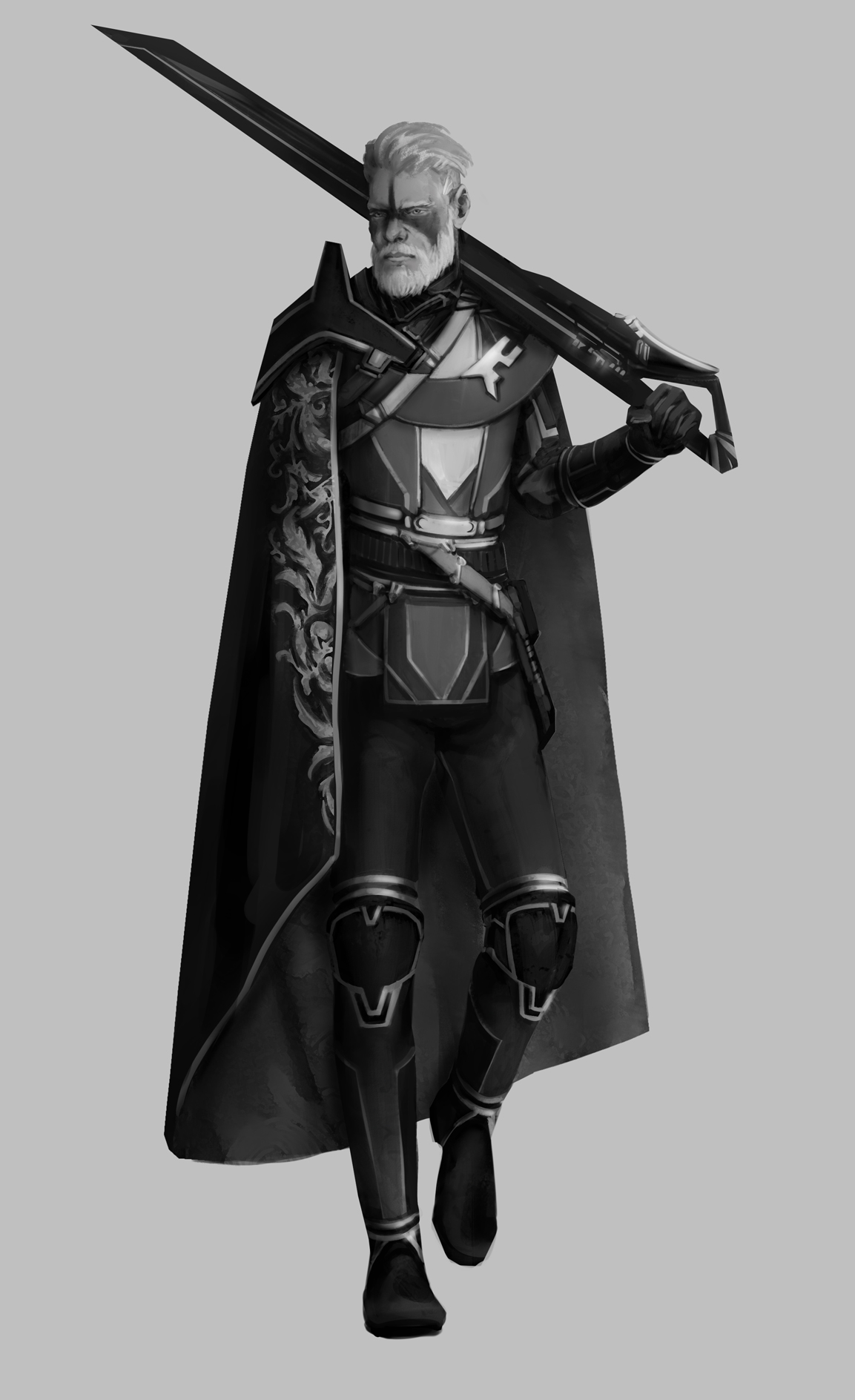 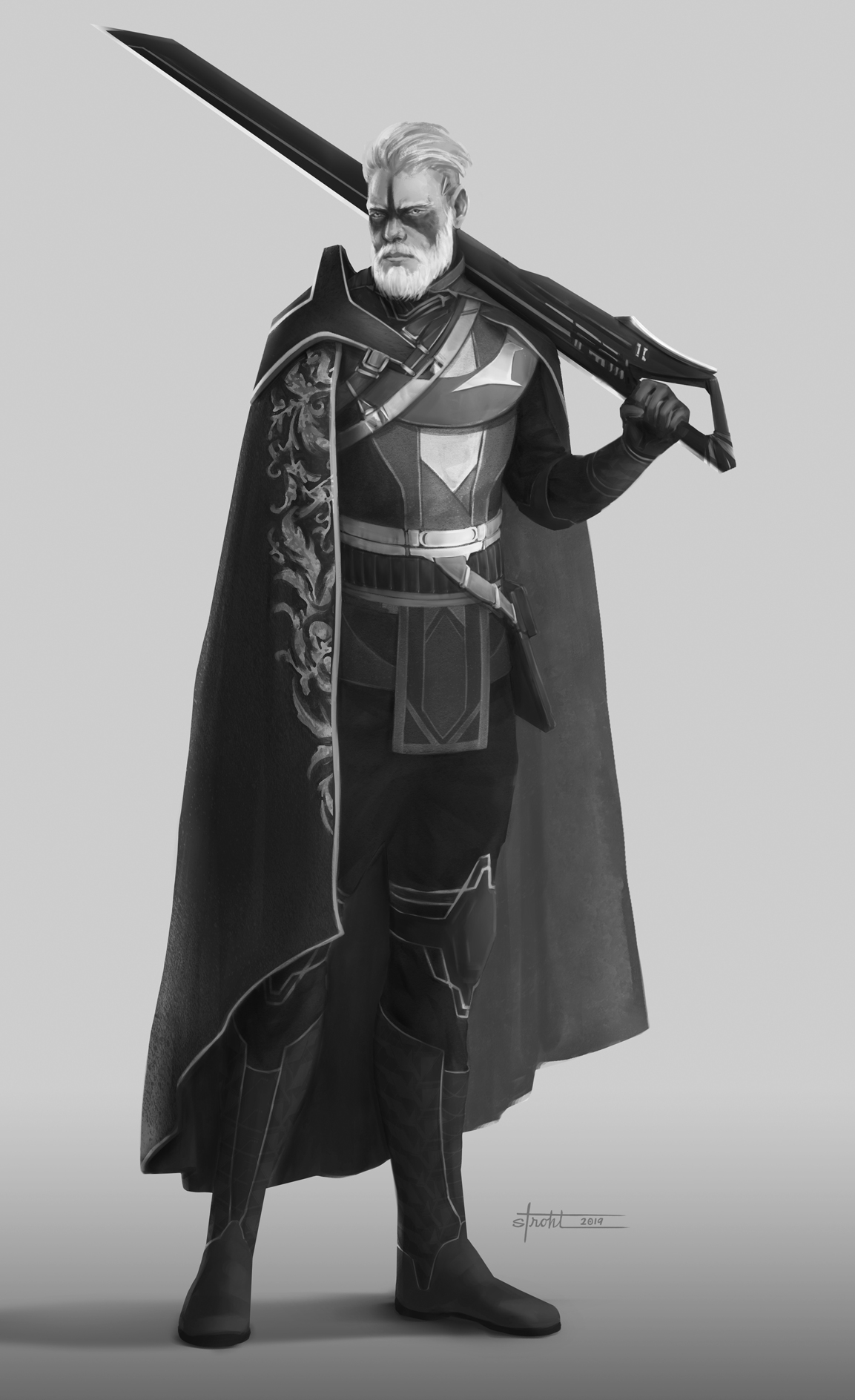 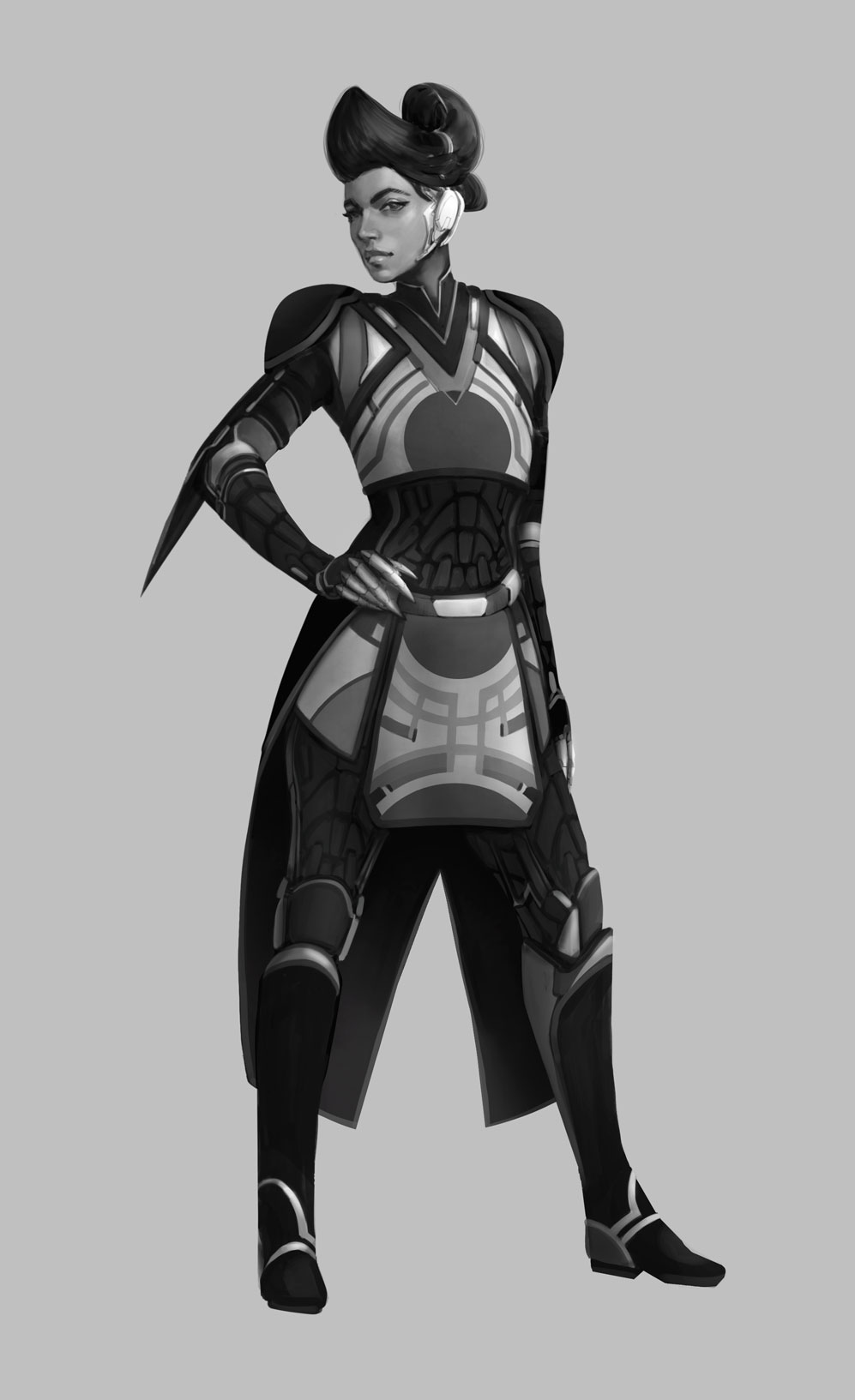 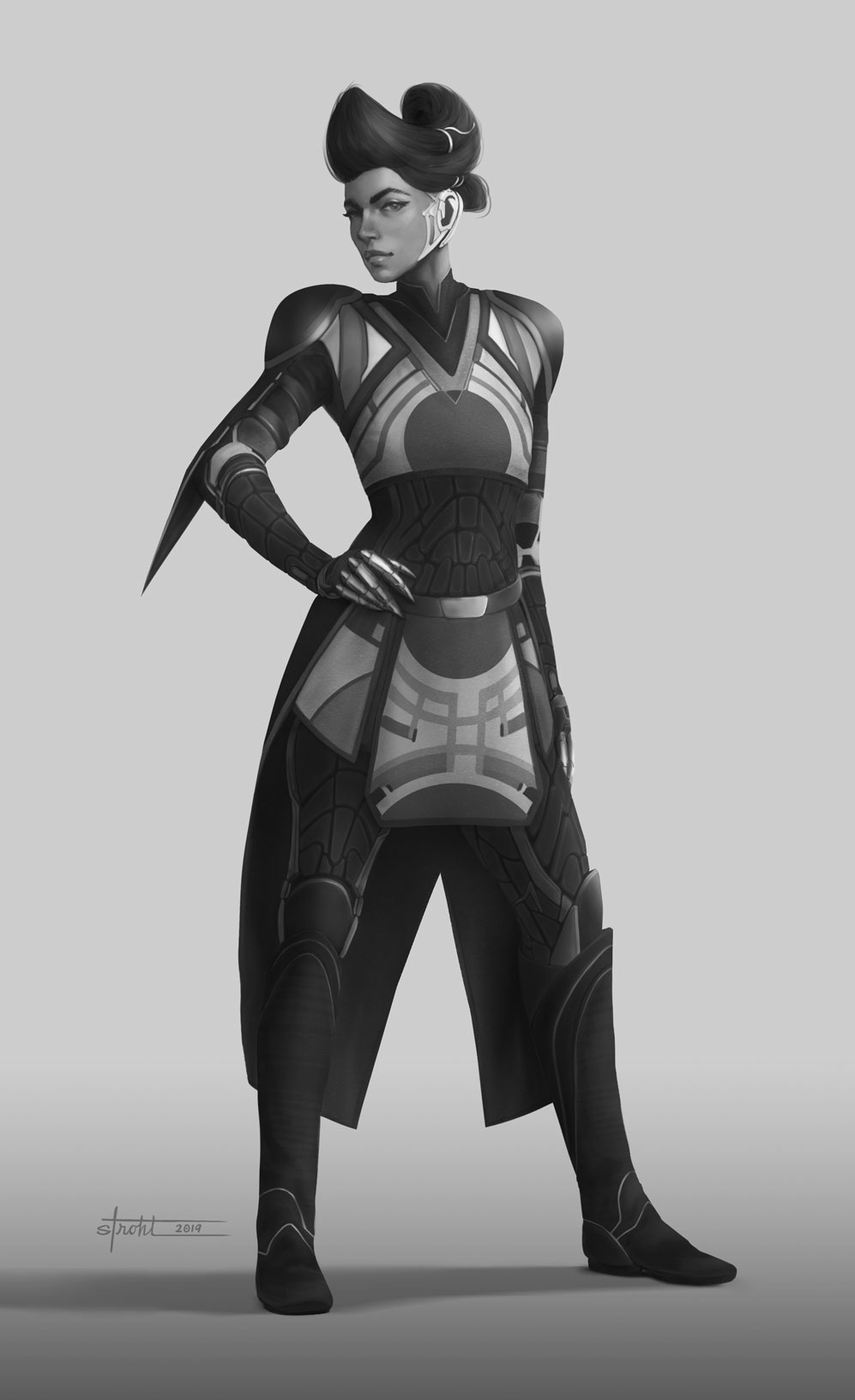 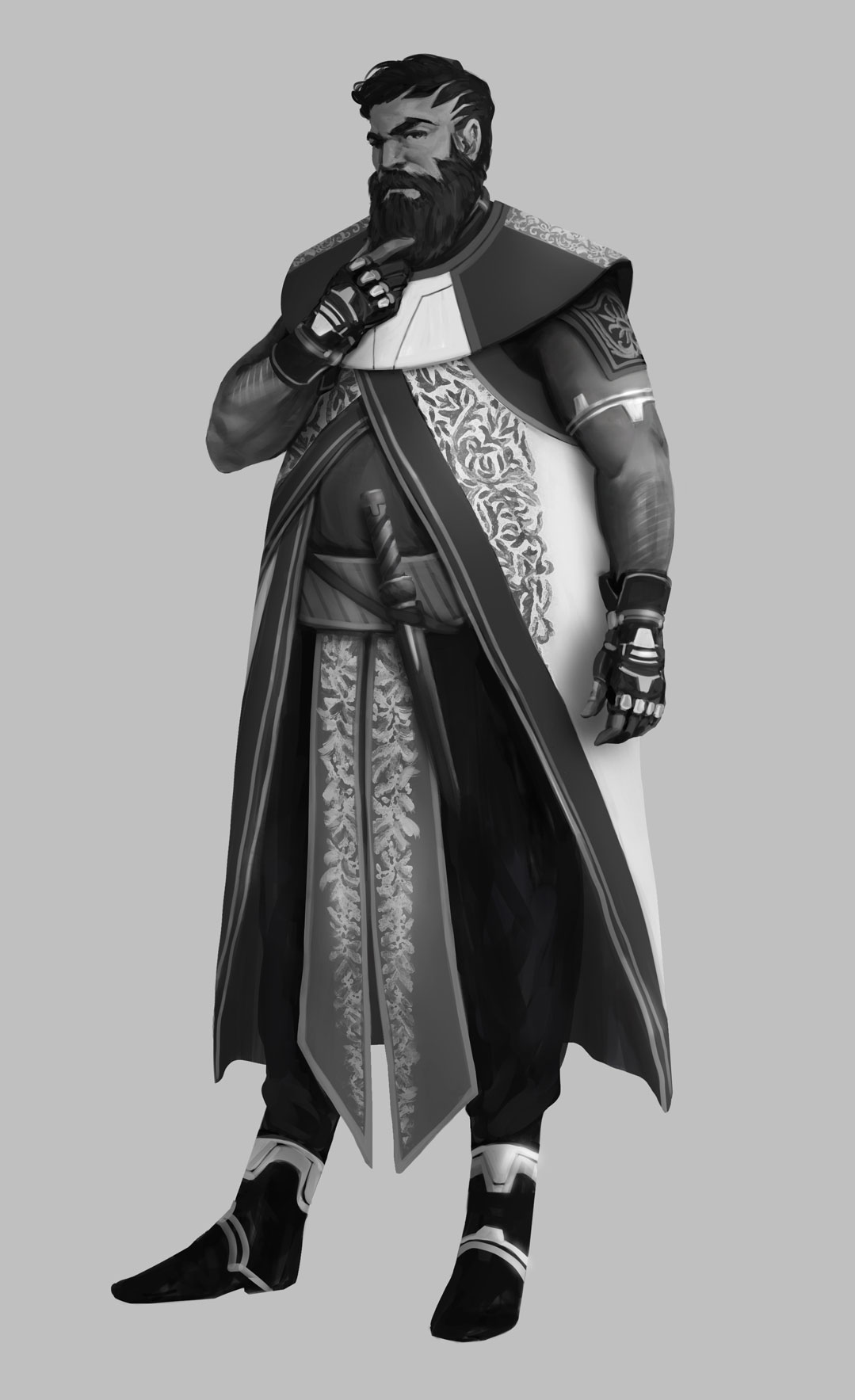 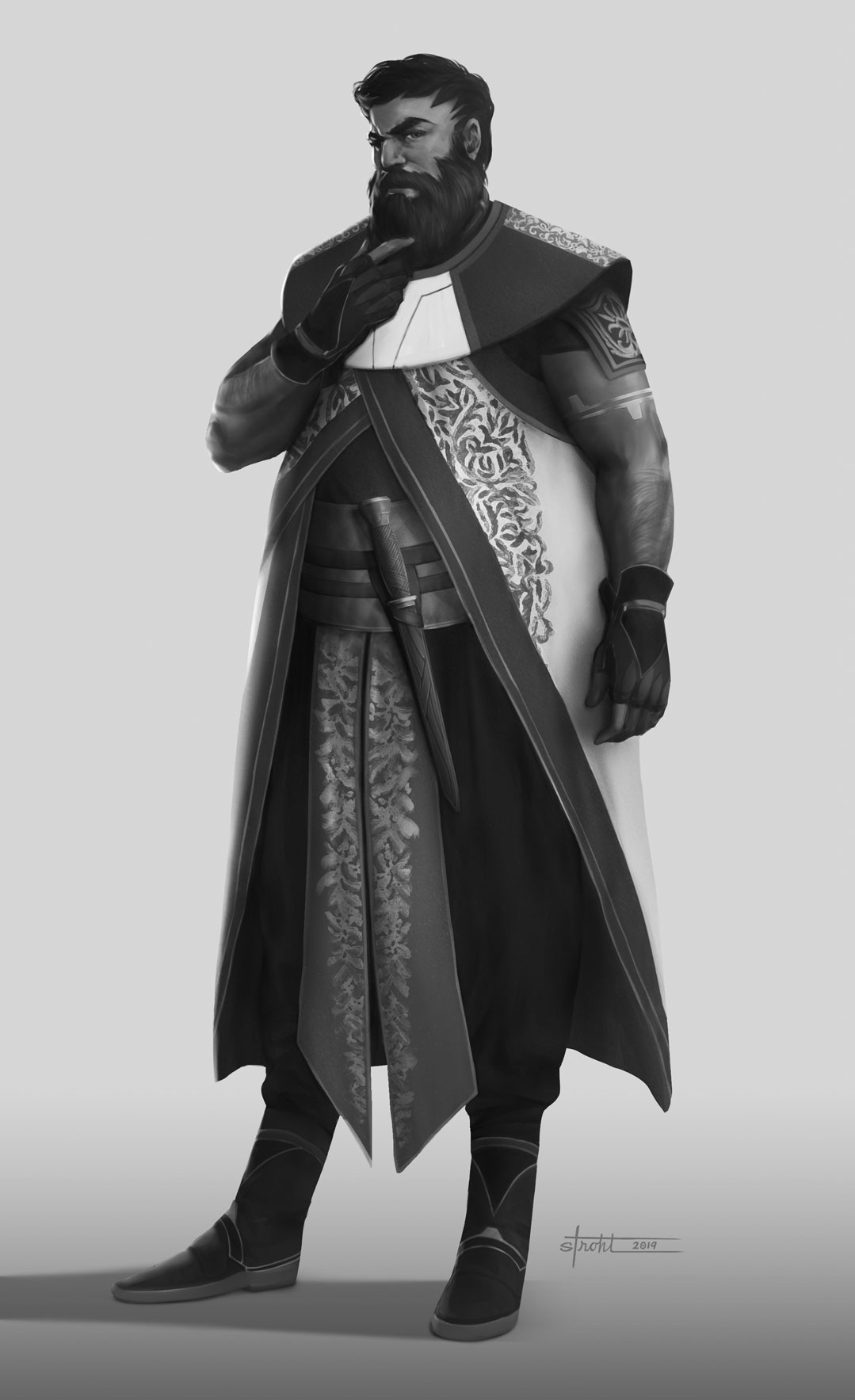 For any inquiries, big or small, you can reach me directly at